Texting has become a large part of all our lives – in fact, texting is the most prevalent form of communication for under 50’s [1]. We trust in the security of these applications with handling our sensitive chats, personal details, and all kinds of private communications – often without giving it any thought. 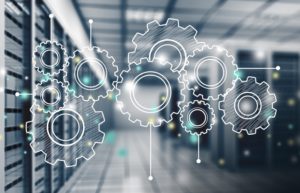 WhatsApp suffered a significant security breach in 2019. This breach would have allowed a hacker to access all content on a users phone.

Only the public key is sent out – so other people (in this case, the WhatsApp servers) can encrypt messages using the public key, but nobody can decrypt them unless they have the private key. The private key never leaves your phone.

This is the same technology used by the vast majority of messaging apps – and it’s advertised as their main security feature – and people feel comfortable with it. There’s more to keeping information safe than simply encryption, though – and this breach is a prime example of that.

Key disclosure law is an important aspect of keeping your messages secure. In the UK, we have the Regulation of Investigatory Powers Act 2000. This denotes, among other things…

This is not just limited to the UK – government surveillance is epidemic worldwide.

In China, police arrested a Telegram group administrator on suspicion of intent to cause public nuisance. Like the US, China has law which doesn’t allow someone to incriminate theirselves, and so they cannot be forced legally to reveal encryption keys.

However, the end-to-end encryption on Telegram is not enabled by default, and even if it were, authorities are able to force detainees to unlock their handsets using facial recognition or fingerprints. This is a feature commonly used on the majority of modern phones. 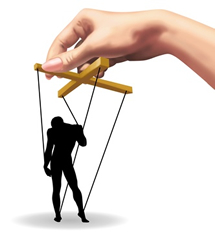 Another vulnerability which exists in all kinds of online communication is phishing. It’s easy to get personal information about someone by posing as someone else. For example, a government agency may pose as an individual associated with a movement, and infiltrate their ranks – obtaining information vital to their investigation.

Or, someone could make a fake account posing as an acquaintance, and obtain your personal information via this avenue.

We offer simulated phishing attacks for your organisation to test training against these kinds of attacks. We also offer free educational materials and phishing courses. 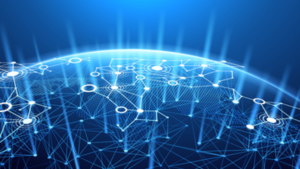 Telegram accuses the Chinese government of DDOSing (flooding a server with requests so it is inaccessible) their servers in relation to the previously mentioned protests[3].

The events and ideas in this article are just a small snippet of reality. It shows how important it is for a business to keep a strong understanding of the extent of state intervention and legislations in place with regards to the territories said business operates in. Businesses need to do this in order to protect their private and commercial data, and to meet contractual requirements.